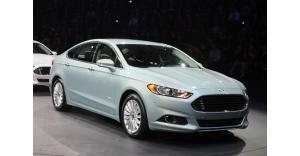 Based on the information obtained from the press release, Ford has stressed out that the newest version of the Fusion Energi sedan is now capable of travelling up to 620 miles in one full tank and full charge. This simply means that the vehicle could easily cover this range without the need to refuel or recharge.

Aside from revealing the maximum range that the Fusion Energi could travel in one full tank and in a single full charge, Ford has also boasted that the fully-charged vehicle is also capable of covering up to 21 miles in full-electric mode.

Ford took pride in announcing that the fully-charged Fusion Energi is capable of running at a maximum speed of 125 miles per hour in full electric. The car maker has also boasted that the Energi’s top speed when running in electric-mode only is about 30 miles per hour faster than the Toyota Prius Plug-in Hybrid Vehicle’s maximum electric-only speed of 85 miles per hour.

Finally, Ford explained that the latest version of the Energi does not only provide the best fuel economy ratings. This is because the vehicle could also provide a lively and comfortable ride.In addition to this, the Ford Fusion Energi comes with some of the company’s exciting features such as the active park assist and the SYNC which also includes the MyFord Touch.