Ford and GM to Jointly Develop 9 and 10-speed Transmissions 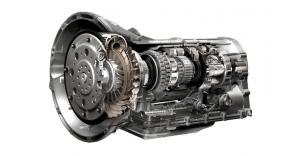 Rumor has it, but Ford and General Motors have recently confirmed that they currently signed a memorandum of understanding which is aimed to develop new and fuel-efficient transmissions.

Based on the information provided by a number of reliable sources from within the supply chain, Ford and General Motors have actually started to develop 9- and 10-speed transmissions. These sources have also stressed out that the development of the two transmissions is currently on the design stage.

This simply means that the engineers as well as the other individuals who are involved in this particular undertaking are still on the process of conceptualizing as to how the transmissions would look like as well as how these would be able to provide the needed performance that the two car makers are expecting to obtain when both of these are fully developed.

Ford and General Motors decided to join forces in developing these transmissions since doing these will not only allow them to share their expertise in developing the best vehicle components but also to ensure that the outputs would perform well. Aside from that, a joint-venture also allows both of these car makers to reduce the amount of expenses that they would incur in researching and developing the transmissions.

Ford and General Motors has also agreed to work together and develop the 9- and 10-speed transmissions quickly since most of their competitors particularly Chrysler, Audi, BMW, and Lexus are currently using 8-speed transmissions in some of the vehicle models that they are selling.