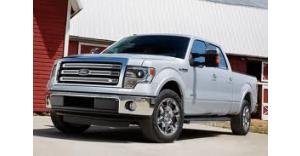 Ford Motor Company has recently revealed that the company’s total sales output for February 2013 has increased dramatically. Due to this significant increase, Ford has achieved its best February sales in six years.

Based on the information obtained from Ford, the US carmaker’s car dealerships were able to sell about 195,822 units of vehicle for the month of February. This figure reflects a 9 percent increase on the total sales output that the company has achieved on or before the month of February ends.

Aside from revealing the percentage increase in the company’s sales for February, Ford has also provided a detailed breakdown of the company’s top-selling models for the said month. Ford has hinted that the stronger demand for the Ford Fusion, F-Series and the Explorer was has allowed the company to achieve its best February sales in six years.

Before the month of February ended, Ford’s car dealerships successfully delivered about 27,875 units of the Fusion and this marks a 28 percent gain compared to the total number of Fusions that were sold in the same month last year. Ford has also sold about 16,586 units of the Explorer and this reflects a 59 percent increase compared to what the dealerships have disposed for the month of February last year.

Finally, Ford has revealed its dealerships were also able to sell around 54,489 units of the F-Series. Such figure reflects a 15 percent of what the dealerships have disposed on the same last year. In addition to this, latest sales output obtained by the F-Series is also considered as the best since February 2007. This also marks the 19th consecutive month of sales increase that the F-Series has achieved so far.

Marty Bay is the Lead Writer and Editor for VPM Automotive. He has researched and reviewed 100s of cars, and writes extensively about car technologies.
Follow Marty Bay on Google+
This entry was posted in Explorer, F-Series, Ford, Fusion. Bookmark the permalink.