Ford Reduced Pollen and Touch Allergens on the New Fusion 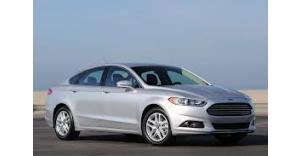 Ford Motor Company has recently implemented a new policy which is centered on reducing the amount of pollen and other touch allergens that are found on some of the popular car models that the company is selling and this has first realized on the latest version of the Ford fusion.

Based on the information obtained from a press release that was published on the carmaker’s website dated March 19, 2013, the 2013 Ford Fusion was built with a special feature that allows it to fight the most common touch-based and airborne allergens. In addition to this, the vehicle is also capable of monitoring the presence of irritants in several areas where the vehicle.

Ford has also revealed on the same press release that the company’s engineers thoroughly tested around 100 components and materials that are used on the latest version of the Fusion as well as on the other car models so as to determine if any of these are responsible for causing allergies to the driver and the other car occupants.

After the series of tests that were conducted, the company’s engineers were able to determine that the materials such as nickel, hexavalent chromium, and natural latex that were commonly used in most of Ford’s vehicles could possibly trigger allergic reactions on some people. Due to these findings, Ford has started using lesser amounts of these materials on the Fusion and other Ford cars.

In addition to this, Ford has also equipped the Fusion with air filters in the cabin and these were designed to improve the driving comfort provided by the vehicle by reducing the concentration of particles inside the cabin, protecting the components of the car’s climate control from particle deposits and by improving the cleanliness of the air that enters the vehicle’s cabin.

Ford has also stressed out that the presence of the cabin air filters inside the vehicle are merely recognizable since these are working seamlessly and are usually located in concealed areas such as the glove compartment. These filters are also replaced by Ford’s dealerships as part of the Fusion as well as the other Ford vehicle model’s recommended maintenance procedures.