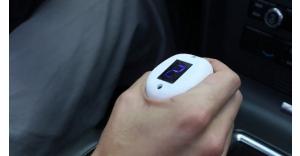 Ford is once again taking some of its in-car technologies to another level by developing and showing the prototype of the vibrating stick-shift knob which is currently used on a Ford Mustang Shelby GT500.

Based on the information obtained from Ford, the vibrating stick-shift knob which is currently used on a Ford Mustang Shelby GT500 is basically intended to help the company’s consumers in learning how to drive a vehicle which is equipped with a manual transmission. In addition to that, this will also help the driver in getting the better fuel economy on their vehicles.

Ford has also explained that the development of the vibrating stick-shift knob was inspired by the idea of one of the company’s rookie engineer from utilizing a vibration motor that was obtained from the game controller of the Microsoft Xbox 360.

Although the carmaker refused to provide the potential production plans that the company is planning for the vibrating stick-shift knob, Zach Nelson who is the mad behind this upcoming technology was generous enough to provide a number of useful details regarding the knob. In fact, he created a video that discusses the principle behind the technology and uploaded this on YouTube.

Nelson explained on the video that the vibrating stick-shift knob makes use vibration or the haptic feedback that would inform the vehicle’s driver when to shift gears. Through this, the driver will be able to obtain a better driving experience as well as how to drive using the manual transmission.

In addition to that, Nelson highlighted that the technology also helps in reducing the amount of distraction on the part of the driver since he or she is no longer required to look down the vehicle’s instrument panel in order to determine if shifting is necessary.

Given that Ford has possibly started the development of this technology, many car experts firmly believe that the vibrating stick-shift knob will soon be used on several Ford vehicles and not just on the Mustang Shelby GT500. In addition to that, the experts also believe that once this technology is used on Ford vehicles, the US carmaker will surely earn a lot of revenues from this given that the knob offers a number of useful features.

Marty Bay is the Lead Writer and Editor for VPM Automotive. He has researched and reviewed 100s of cars, and writes extensively about car technologies.
Follow Marty Bay on Google+
This entry was posted in Car Technology, Ford. Bookmark the permalink.