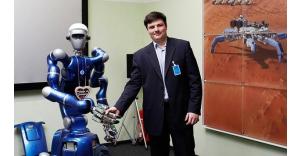 With its goal of further improving the car-to-car communications of the upcoming vehicle models that they would be producing, Ford Motor Company has recently implemented a research project that would allow its personnel to gain better understanding as to how space robots are communicating in outer space.

Based on the information provided by the US carmaker, Ford is all set to team up with the researchers from St. Petersburg Polytechnic University which is located in Russia. The carmaker has also explained that the said partnership aims to study the communication systems used by robots that are found at the International Space Station and in Earth hoping that they would obtain the needed information that would eventually allow Ford to use similar technologies in most of the company’s upcoming vehicle models.

Ford has also discussed that the study will cover a period of three years and will particularly observe the existing communication models used by space robots and space vehicles in order to understand how they could communicate better with other vehicles, infrastructures and the cloud.

Ford became interested with the said communication models since these could possibly help the company in reducing accidents, prevent congestion and effectively deliver messages to drivers of Ford vehicles.

In addition to that, the researchers involved in this project are quite interested with the communication models used in space since this could possibly be used in improving the emergency communications among vehicles. In this particular aspect, Ford is looking at the possibility of developing a vehicle-to-vehicle communication system which is very useful in case of emergencies wherein the call for help from a particular car couldn’t be sent due to network failure.