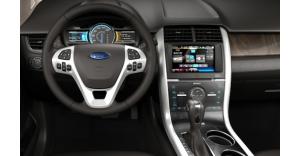 Ford has recently undertaken another big step to reduce the number of criticisms that are thrown against the telematics system installed in some of its models and this is by updating the software used on the MyFord and Sync.

Based on the information obtained from reliable sources, Ford has already implemented such updates and most of the owners of the vehicles with such systems were already notified and the company has started sending mailed USB drives that contain the updates to appropriate individuals.

The same set of sources has also revealed that the updates that the US carmaker has started to implement were designed to make the pairing of smartphones to MyFord or Sync easier than the way it was prior to the update. In addition to that, the improvements were also intended to make both of the systems’ touchscreen easier to use as well as simplify the voice commands for better results.

The changes made on the touchscreen will now allow the user to access navigation, climate and audio controls by just touching any part of the screen which is inside a quadrant which is found on the center screen. With this tweak, the user will most likely find using the touchscreen more convenient compared to that of the previous version since the latter will only respond when the upper corner of the quadrant was touched.

In addition to that, Ford has also included the simplification of both the systems’ voice control mechanism by removing certain functions that do not contribute to the functioning of MyFord and Sync. Due to this, Ford is expecting that the owners of the vehicles that are equipped with MyFord and the Sync would one way or another maximize the use of the voice control feature.

Ford has previously updated the two systems but such efforts were not enough. Instead of obtaining positive remarks from its consumers, the US carmaker has received a lot of criticisms. Most of the critics pointed out that these systems provide slow and disappointing responses. Aside from that, a lot of consumers complained that such systems are very complicated and failed to provide the amount of comfort that other electronics interfaces are offering.

Marty Bay is the Lead Writer and Editor for VPM Automotive. He has researched and reviewed 100s of cars, and writes extensively about car technologies.
Follow Marty Bay on Google+
This entry was posted in Car Technology, Ford. Bookmark the permalink.