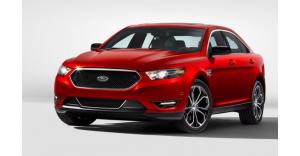 The 2013 versions of the Ford Explorer, Taurus, and the Lincoln MKS have recently obtained the highest New Car Assessment Program’s (NCAP) overall vehicle score from the National Highway Traffic Safety Administration or the NHTSA.

The NHTSA has subjected each of these models to frontal, side-impact crash tests, and the test that measures a vehicle’s resistance to rollover in order to determine the highest scores that they could possibly obtain. Based on the results obtained from the tests conducted, the three models were able to provide the best performance on the crash test simulations and the rollover tests. Due to this, the NHTSA has awarded the 2013 Ford Explorer, 2013 Ford Taurus, and the 2013 Lincoln MKS with the 5-star rating. This rating is considered as the highest score that each vehicle could receive from the NHTSA.

Based on the information obtained from Ford, the 5-star ratings that were received by the 2013 versions of the Explorer, Taurus, and the Lincoln MKS could possibly be credited to the company’s use of enhanced restraint system and fully-redesigned airbags on each of these.
The restraint systems used on the three models are now equipped with locking safety belt tongues as well as the anchor pretentioners for the safety belts. The added features of the restraint system are considered beneficial for the driver and the other car occupants since each of these further prevents them from incurring serious injuries during collision.

In addition to the additional features that were mentioned earlier, the 2013 Ford Explorer currently offers the car makers first-ever knee airbag which is located on the vehicle’s passenger side. This airbag is designed to launch during a head-on collision and protect the front-passenger’s knees from getting injured. Thus, the 2013 Ford Explorer currently offers an additional safety feature which is not offered by its closest competitors in its class.

Given this recognition and all of the improvements that Ford engineers have been implementing on the company’s vehicles, Ford Motor Company is expecting that the demand for their vehicles would probably increase. Such expectation is somehow possible since many car buyers are currently aware of the value of vehicle safety and this realization would surely encourage them to go for vehicles produced and marketed by Ford.

Marty Bay is the Lead Writer and Editor for VPM Automotive. He has researched and reviewed 100s of cars, and writes extensively about car technologies.
Follow Marty Bay on Google+
This entry was posted in Explorer, Ford, Taurus. Bookmark the permalink.