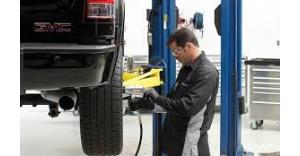 General Motors has finally confirmed that the company has decided to expand the free scheduled maintenance program that was implemented previously.

Based on the information provided by the US carmaker, the expanded free scheduled maintenance program will now cover the 2014 models of the GMC, Buick and Chevrolet. However, the expanded program will only be applicable to GM cars that are sold and leased all over the US.

General Motors explained that the expanded free scheduled maintenance program will include tire rotation, oil and filter change and the 27-point vehicle inspections that are clearly specified on the onboard monitoring and the owner’s manual of the vehicle. The carmaker has also stressed out that the program will only be applicable to 2014 models of Chevrolet, Buick and GMC trucks, crossovers and cars for the period of two years or up to 24,000 miles.

Although General Motors has expanded this program, the company cleared that this will not cover the oil changes of vehicle models that are powered by engines that use alternative-fuel types. In addition to this, the new program is also not applicable to tire rotations of high-performance car models such as the Camaro Z28.

The vehicle models that are marketed by Cadillac are also exempted from the expanded free scheduled maintenance program that General Motors has implemented since these are still covered by the 50,000 mile or the 4-year maintenance plan that the brand has already implemented and continuously in effect.

When asked to comment as to why the company has decided to expand the free scheduled maintenance program, Dan Akerson who is the current chairman and CEO of General Motors was quoted saying that this move was the carmaker’s way of keeping the ownership experience of their customers on the right foot.

Marty Bay is the Lead Writer and Editor for VPM Automotive. He has researched and reviewed 100s of cars, and writes extensively about car technologies.
Follow Marty Bay on Google+
This entry was posted in Chevrolet, GMC. Bookmark the permalink.