GM Boosts the Production of the Cruze to Meet Demands 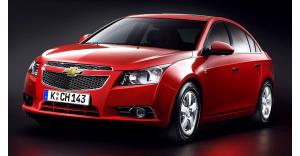 General Motors has decided to cancel its previous plan of shutting down its Chevrolet Cruze factory located in Lordstown, Ohio for about week in order to cope up with the growing demand for the Cruze.

Based on the information provided by a number of reliable sources from General Motors, the US carmaker finally decided to scrap the plan of shutting down its Chevrolet Cruze factory in Lordstown, Ohio for about a week that was supposedly start on August 26 since the demand for the latest version of the Cruze has suddenly shoot up and pushing the said plan would most likely cut the supply of the vehicle and prevent GM from taking advantage of the sales momentum that it might obtain from the increasing demand.

Given such plan, the Chevrolet Cruze factory in Ohio will continue its normal operation and continue the production of the vehicle to keep up with the demand and allow the company to acquire the needed supply.

General Motors actually planned a week-long shutting down of its Lordstown facility in Ohio since their records show that the supply of the Chevrolet Cruze is still sufficient given that the demand for this has decreased tremendously. However, the carmaker suddenly aborted the plan since the company’s July sales statistics revealed that the overall sales of the Cruze on the said month has gone up by about 70 percent compared to the same period last year. Given this improvement, GM has realized that if the trend continues, the shutting down will naturally cut the supply of the Cruze short. Thus, the said plan was placed on hold.

In addition to the sudden increase in the number of Chevrolte Cruze that were sold in the month of July, General Motors has also learned that the total deliveries of the vehicle has also increased by about 24 percent in the first seven months of the current year and the only Hyundai Elantra was able to beat the Cruze’s momentum since the latter posted a year-to-date sales gain of 29 percent.

By the end of July, General Motors have noted that the supply of the Chevrolet Cruze will only last for 50 days and this is very low compared to the 68-day supply of the company’s overall lineup. Thus, it is quite obvious that the Lordstown, Ohio plant must not stop its operations so as to stabilize the supply of the Cruze in the coming days.