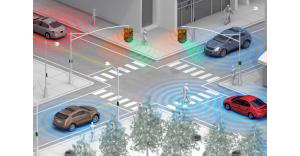 General Motors is currently spending a significant amount of time, effort, and resources in developing a new technology that would allow the company’s upcoming vehicle models to detect the presence or location of pedestrians in crowded streets or when each of these are driven in areas with poor road visibility.

General Motors has decided to develop this type of technology since a large percentage of accidents that had happened in the US were caused by pedestrians. The company might have realized that developing an advanced pedestrian-detection system will further improve the safety features of the vehicle models that they would be selling in the future. By producing vehicles with better safety ratings, General Motors will surely attract more buyers especially those who are after for safer car models.

Based on the information provided by a reliable source from General Motors, the company’s engineers are using the so-called “Wi-Fi Direct technology” to develop a wireless system that helps the vehicle to detect the position of pedestrians in the vicinity. As soon as the system detects the position of pedestrians, this will send the information to the driver of the vehicle through an alert system which is installed inside the vehicle. This simply means that the technology would surely be made up with a number of systems link together to provide a specific function.

In addition to this, the reliable source has also revealed that the developers involved in the development of this technology were already able to identify some of the limits that the wireless pedestrian detection system might encounter. One of this is the mere fact that the system will only work on pedestrians with the access to Wi-Fi Direct. Upon knowing this issue, General Motors has come up with a workable solution to the problem and this is by developing an application that road users such as bikers and construction workers could download for free.

Through this application, the system will easily detect more pedestrians especially those who would possibly step on the path of the vehicle while backing. This will also work to detect bikers who are travelling behind the car’s blind spot. As of the present, the company’s personnel are still on the process of fixing the problems that the system has. This might take long, but the knowing the fact that such system would soon be available will surely boost the consumers’ confidence on the vehicles produced by General Motors.