Fresh from a year of rebounding sales, automobile sellers are still offering some of the best leasing deals buyer have seen in years. Leasing a vehicle is certainly a different idea for some folks who have previously only ever paid for their vehicles in full. Leasing has a lot of great points including, getting a new vehicle at the end of the deal rather than a used car they then have to sell off.

January had more than its fair share of great leasing deals on new cars. Honda and BMW both had zero down payment deals which were offered to entice customers to come back into showrooms and find the car of their dreams. 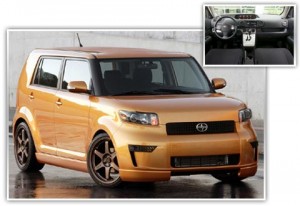 The Toyota Scion brand has always led the way in lowering the down payment for new car leases, usually requiring less than $1,000 and that certainly isn