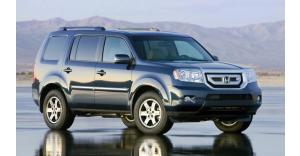 Honda has recently released the pricing details of the 2014 Pilot and such move intends to inform buyers with the cost that they need to handle in the event that they are interested in buying this vehicle.

Based on the information provided by the Japanese carmaker, the 2014 version of the Honda Pilot will be offered in four trim levels that are made up of the LX, EX, EX-L and Touring trims. All of these trims are powered by a 3.5-liter i-VTEC engine which is capable of producing a maximum power output of up to 250 horsepower.

Honda has also revealed that the engine used in the upcoming version of the Pilot was one of the most-efficient that was offered in the vehicle. This is because the said engine was designed to operate in four and three cylinder modes. Thus, the amount of fuel that the vehicle consumes could further be reduced depending on the engine’s mode.

In addition to that, Honda also explained that the 2014 version of the Pilot will come with a boxy exterior design and simple lights. This also lacks the stylistic flairs that are seen on most of its rivals since the Pilot was designed to become a totalitarian vehicle.

Inside the, the Pilot features a cabin layout which is very straightforward. The controls are easy to use and some of the materials used in the cabin are mediocre. However, the vehicle’s boxy design allows it to provide a generous amount of cargo space. Honda estimates that the Pilot offers about 18 cubic feet of space behind its third-row seats. Folding the third-row seats increases the space to about 47.7 cubic feet while folding the second-row allows the vehicle to provide 87 cubes.

Marty Bay is the Lead Writer and Editor for VPM Automotive. He has researched and reviewed 100s of cars, and writes extensively about car technologies.
Follow Marty Bay on Google+
This entry was posted in Honda, Pilot. Bookmark the permalink.