Honda to Recall Pilot and Odyssey Models Due to Airbag Issues 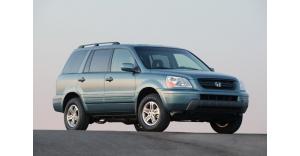 Honda has recently made an announcement that the company will be recalling a number of Pilot and Odyssey models that were already sold due to potential airbag issues.

Based on the information obtained from the carmaker’s announcement, Honda will be recalling about 748,000 units of the Pilot crossovers and Odyssey minivans since the company’s personnel have found out that the airbags installed on the affected vehicles’ driver side might not deploy properly in the event of crash or collision.

Honda has hinted that its personnel found out that the driver side airbags of the vehicles affected might not have been assembled properly. Honda doubts that the rivets used to secure the plastic cover of the driver side’s airbags. Due to this, the possibility that the said airbags would not deploy properly is high and given this setup, the drivers of the affected vehicles are exposed to greater risks of injury in the event of accident since a defective airbag assembly will most likely get stuck and not launch the way it was designed to.

Although Honda has not yet received any complaint or report that injuries were obtained due to the issue on the driver seat airbag of the affected Pilot and Odyssey models, Honda is quite serious in pushing the planned recall so as to fix the defective airbag assembly and prevent injuries and accidents caused by the issue.

Honda has also confirmed that the company will start notifying the buyers who were able to purchase the affected Pilot and Odyssey models in the middle parts of February. The company’s dealerships will also inspect the affected vehicle’s that were sold in their respective areas. These dealerships might also replace the affected or defective airbags when necessary and the replacement will absolutely be free of charge.