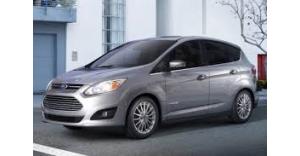 Ford Motor Company has recently obtained another milestone in the company’s entire history and this time by setting a new hybrid sales record that was also triggered by the increase in demands for the Ford C-Max and the Ford Fusion hybrid.

Based on the information obtained from a press release that was published on Ford’s media website dated July 23, 2013, the US carmaker was able to sell about 24,217 units of hybrid vehicles on the second quarter of the present year. This reflects a stunning 517 percent increase on the company’s total hybrid sales output in the same time last year. In addition to this, the figure also reflects a 15 percent increase over the total hybrid sales output that the company achieved in the first quarter of 2013.

The same press release also revealed that Ford Motor Company’s very impressive hybrid sales record for the second year of the current year was basically triggered by the sudden rise in the demand for the Ford C-Max and Ford Fusion Hybrid in different hybrid markets all over the globe and in California.

With these electrified vehicle models that are already out in the market, Ford expects that the company’s hybrid sales momentum will continue until the next quarter despite of the fact that most of its closest competitors particularly Toyota and General Motors.

Marty Bay is the Lead Writer and Editor for VPM Automotive. He has researched and reviewed 100s of cars, and writes extensively about car technologies.
Follow Marty Bay on Google+
This entry was posted in C-Max, Ford, Fusion. Bookmark the permalink.