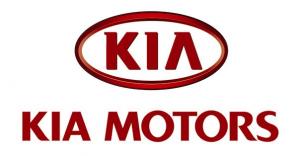 Hyundai Motor of America and Kia Motors America has recently confirmed that both of them would voluntarily adjust the fuel economy ratings of some of the vehicle models that they are selling in the US.

Based on the press release that was published on Kia Media’s website, the voluntary fuel economy ratings adjustment that the two Korean carmakers would be doing will cover about 900,000 units of vehicles or about 35 percent of their vehicles that bear the 2011-13 model years and were sold until October 30, 2012.

Hyundai and Kia’s decision to voluntarily adjust the fuel economy ratings of some of its vehicle models that are sold in the US came after the series of discussions that they have with the Environmental Protection Agency or EPA regarding the issue wherein both of the Korean carmakers were accused of exaggerating the fuel economy ratings of the vehicles that they are selling.

On the same press release, Kia and Hyundai have also revealed that the incorrect fuel economy ratings that were previously published were caused by the procedural errors committed by the the testing operations that were jointly conducted by these car makers in South Korea.

In addition to that, the two companies have also stated that both of them are currently conducting the needed corrective actions to correct the errors that were caused by their Korean testing facility. They were doing these corrective actions by having the vehicles in all of their showrooms all over the US relabeled with the correct fuel economy ratings.

Aside from that, Hyundai and Kia are also implementing a comprehensive program which aims to provide the needed reimbursements to owners of Kia and Hyundai vehicles in order to cover the additional costs of fuel that were brought about by the change in fuel economy ratings.

The reimbursements are done by distributing a personalized debit card to affected customers. They can use the card to secure the reimbursements that they deserve and this is based on the difference in the combined fuel economy rating, the actual miles that have already driven, and on the current prices of fuel in their respective areas.