Hyundai Might Add another Crossover to its US Lineup 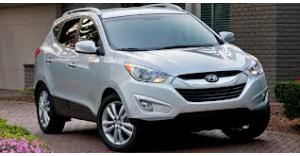 In a statement, Hyundai Motor America’s CEO John Krafcik admitted that the company might be adding a new crossover model to its existing lineup.

Based on the information provided by Hyundai Motor America’s president and chief executive officer John Krafcik, the company that he is leading right now sees that the crossover market in the US and in North America continues to boom and Hyundai as a major player in the industry was not able to take advantage of the said trend and capture a sizeable share on that segment.

Krafcik also elaborated that although Hyundai was able to grab about 7 percent share of the sedan segment in the US, the carmaker was only successful in getting the 2 percent market share of the truck segment where the sport-utility and crossover vehicles belong.

Upon hearing Krafcik’s statements, many car experts were convinced that Hyundai Motor America’s CEO was very much correct. This is because Hyundai only offers two crossover models in its lineup for this year which includes the Hyundai Tucson and Hyundai Santa Fe.

Marty Bay is the Lead Writer and Editor for VPM Automotive. He has researched and reviewed 100s of cars, and writes extensively about car technologies.
Follow Marty Bay on Google+
This entry was posted in Hyundai. Bookmark the permalink.