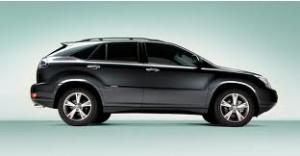 J.D. Power and Associates recently announced the result of the annual Vehicle Dependability Study that they have conducted for 2013 and this revealed that Lexus has once again claimed the top spot.

In order to come up with the list of the most dependable car makes in the market, J.D. Power and Associates conducted a survey which involved the original owners of vehicles that were already three years old. In short, the study is focused on the level of dependability of vehicles that bear the 2010 model year.

In measuring the level of dependability, J.D. Power and Associates rates each of the car make as well as the individual models by getting the number of problems that the owners have experienced per 100 vehicles or PP 100. This measurement simply suggests that the car make and the individual model with the lower score is more dependable compared to those with higher scores.

Using this method, the Vehicle Dependability Study conducted by J.D. Power and Associates for 2013 found out that Lexus is currently the most dependable car make in the market since the brand has obtained a score of 71 PP100.

Most of the car experts were actually not surprised with the result of this year’s dependability study since Lexus has already claimed the top spot last year.

What was more surprising was that the study’s result has revealed that the Lexus RX has the lowest number of reported problems in the entire industry since this is the first time in the history of the study that a crossover has obtained the distinction. The Lexus RX got the score of 57 PP100 and this suggests that the model is more dependable compared to some of its rivals.

The results of the VDS has also identified Porsche as the second most dependable car make since this obtained the score of 94. The third spot went to Lincoln and Toyota since both of these car makes got the score of 112. Mercedes-Benz claimed the fourth spot with the score of 115.

Aside from identifying the most dependable car makes, this year’s VDS has also found out that the level of vehicle dependability has improved by 5 percent year-over-year.

Marty Bay is the Lead Writer and Editor for VPM Automotive. He has researched and reviewed 100s of cars, and writes extensively about car technologies.
Follow Marty Bay on Google+
This entry was posted in Lexus. Bookmark the permalink.