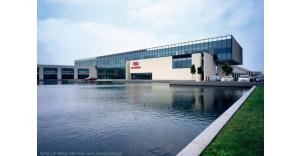 Kia Motors of America or commonly referred to as KMA could now be considered as the fastest growing car maker in the US. This is because the company has once again obtained a very impressive sales momentum last September. This accomplishment also reflects the company’s 25th straight months of sales increase.

Based on the latest statistics, Kia Motors of America’s total sales for the third quarter of this year reached about 48,105 units of vehicle. This figure represents an estimated increase of about 35.1 percent compared to the same period last year. This remarkable sales boost was basically caused by the continuous increase in the demand for some of the vehicles that are produced and marketed by KMA all over the US particularly the Optima mid-size sedan, the Sorento SUV, and the latest version of the Kia Soul.

The company’s existing sales records revealed that KMA’s dealerships were able to sell a total of 14,304 units of the Optima sedan. This is followed by the Kia Sorento with about 10,066 units of vehicles sold. The latest version of the Kia Soul has also emerged as one of the most in-demand vehicles sold by KMA in the third quarter of this year with a total of 9,467 units sold.

Due to KMA’s impressive sales performance as well as those that the other divisions have achieved, Kia was recently included on the list of “Top 100 Best Global Brands” by Interbrand. Kia could possibly consider this as one of company’s accomplishments since Interbrand is the largest brand consultancy agency in the world. In addition to this, being chosen as one of the members of the Top 100 Best Global Brands is also prestigious since this is an exclusive list that involves a very comprehensive screening process.

When asked about the company’s unprecedented growth, KMA and KMMG CEO and group president Byung Mo Ahn would usually stress out that all of these accomplishments were basically due to the company’s “product-led transformation” and successful marketing strategy. He also added that Kia’s move to further understand the expectations and the needs of its customers has also played a great role in achieving the impressive sales increase that the company is enjoying right now.

Annual Sales Up 18.4 Percent for the Fastest-Growing Car Company in the U.S. Over the Last Five Years1

Marty Bay is the Lead Writer and Editor for VPM Automotive. He has researched and reviewed 100s of cars, and writes extensively about car technologies.
Follow Marty Bay on Google+
This entry was posted in Kia, Optima. Bookmark the permalink.