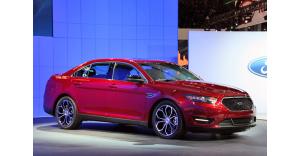 Ford Motor Company is once again faced by another recall issue but the problem which is centered on the alleged leaky fuel tanks.

According to a number of automotive industry observers, the recall order which is triggered by the leaky fuel tank might probably be considered as one of the major recall orders that the US carmaker would be facing so far since this is expected to cover about 465,000 vehicle units.

In a statement provided earlier, Ford has confirmed that the recall order which is expected to cover more than 400,000 units of vehicle that the company has produced and sold in North America was basically triggered by the alleged leaky fuel tanks.

Ford through one of its spokesman in the person of Kelli Felker elaborated that the alleged leaky fuel tanks were discovered since a lot of the owners of the affected vehicles detected fuel odor as well as fuel leaks on their cars.

Upon hearing such reports, the carmaker might have conducted its own investigation and discovered the exact source of the problem. Although Ford has not yet received any report of accident or injuries associated to the alleged leaky fuel tanks, the car maker is on the process of finalizing its recall order since most of its personnel realized that a presence of even a tiny ignition might cause the fuel to catch fire and cause serious injuries to car occupants.

Although Ford has somehow finalized its plan to push the recall, the carmaker is not yet certain as to when this will be implemented. This is because the supply of the components needed to conduct the needed repairs is limited. However, Ford assured that its dealerships will replace the fuel delivery modules of all the affected vehicles and the owners of these will be receiving a letter that would inform them regarding the recall.