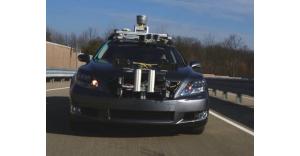 Toyota Motor Corporation’s luxury vehicle division known as “Lexus” has recently unveiled its upcoming vehicle safety technologies at the Consumer Electronic Show (CES) that was held in Las Vegas and the brand’s presentation earned a lot of attention from the crowd which is basically made up of consumers and car buyers.

Lexus gained a lot of attention from the audience when the brand presented its test bed that was used for its latest automated safety systems dubbed as the Advanced Active Safety Research Vehicle (AASRV).

Most of the individual who attended the CES during the unveiling of the AASRV which is a research vehicle based on the Lexus LS has drawn their attention into the vehicle since this features an interesting set of sensory systems that were designed to allow the vehicle to automatically observe and quickly respond to the changes that had happened in its surrounding area. Meaning, the AASRV could be considered as an autonomous car which is similar to the fleet of the self-driving Prius Hybrids developed by Google.

Based on the information provided by Lexus during its presentation, the AASRV is equipped with a lot of technologies that enable it to do some things that conventional cars cannot. First off, the vehicle is equipped with the 360-degree LIDAR system which is capable of detecting different objects on roads such as the other vehicles and pedestrians at a distance of 70 yards. In addition to this, the AASRV is also using three units of high-definition cameras that are capable of recognizing cross traffic on the vehicle’s sides as well as the presence of obstacles and traffic lights that are found on the road.

Aside from that, Lexus has also revealed that the LS-based AASRV also employs the radars that were mounted on the side and front of the vehicle. These radars were designed to measure the speed and location of objects thereby providing a more comprehensive vision of the intersections. The vehicle’s roof is also equipped with GPS antennas that are responsible of estimating the orientation of the car even before it starts moving. Finally, the initial measurements unit mounted on the AASRV is tasked to monitor the vehicle’s angle changes and acceleration.

Although the technologies provided earlier are the most common items used on self-driving cars that are under development, Lexus has made it clear that the brand intends to use these in developing a car which is equipped an always attentive and intelligent system that would serve as the driver’s co-pilot and ensure safer driving.