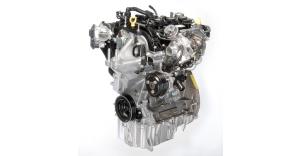 The 1.0-liter 3-cylinder EcoBoost engine was recently named by the Popular Mechanics magazine as one of the most significant technology that was developed this year by recognizing this as one of the winners of the prestigious “Breakthrough Award.”

Prior to the announcement of the winner for the annual Breakthrough Award, the magazine has searched for the existing technology products that matter the most. Fortunately, the 3-cylinder engine was included on the list of the top ten technologies that are considered as breakthroughs and was eventually selected as one of the winner.

Since there are a lot of technologies that were evaluated, emerging as one of the winners simply suggests that many individuals are considering the 3-cylinder EcoBoost engine as an important technology.

Prior to the award that was given by the Popular Mechanics magazine, the 1.0-liter 3-cylinder EcoBoost engine was previously named as the “International Engine of the Year” by a group composed of 76 journalists from 35 different countries acting as juries.

The engine has probably obtained both of these awards since it is designed to produce a maximum power output of 125 horsepower despite of its smaller size. In addition to this, the 3-cylinder EcoBoost engine offers a very refined performance that most of its closest rivals cannot. The 3-cylinder engine’s refined performance is clearly seen on its capability to accelerate faster and pump the required power without the need to produce a lot of noise. Thus, this is also recognized as one of the quietest engine in Ford’s current lineup.

The 1.0-liter 3-cylinder EcoBoost engine is already on sale at the European automobile market but Ford is also planning to use this globally particularly in North America. This is currently used on several Ford models such as the European version of the Focus, the B-MAX, and the C-MAX.

Ford has also revealed that secret behind the 1.0-liter 3-cylinder EcoBoost ‘s impressive performance was basically due to the combined effort of several components that allows the engine to provide the needed features such as direct fuel injection, turbocharging, and variable valve timing. This engine is also equipped with an offset crankshaft, split cooling system, and a variable oil pump.

Marty Bay is the Lead Writer and Editor for VPM Automotive. He has researched and reviewed 100s of cars, and writes extensively about car technologies.
Follow Marty Bay on Google+
This entry was posted in C-Max, Ford, Fusion. Bookmark the permalink.