Ford Recalls a Number of 2013 Ford Escape with 1.6-liter Engines 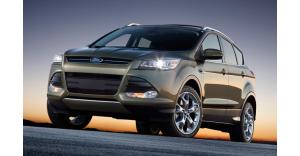 Ford has recently ordered a voluntary safety recall involving a number of 2013 Ford Escapes that are powered by 1.6-liter engines. This voluntary recall was issued by the company as their way of ensuring the safety of the customers who were able to purchase the vehicles that were affected by the recall.

Ford has confirmed that this voluntary recall will cover about 11,500 units of Escape that were produced and sold in North America. Most of these vehicles were sold in the US and this simply means that a lot of Ford Escape owners in the country would surely be affected.

When the recall order was issued, Ford has also warned their consumers who were able to purchase the 2013 Ford Escapes that are powered by the 1.6-liter engines to stop driving their vehicles. These consumers are also requested to contact the dealerships where they have purchased their cars as soon as they can. By doing this, the dealerships would be prompted to conduct the necessary processes that would ensure that the proper repairs are conducted. In addition to this, the warning will also try to prevent possible injuries and accidents from happening.

Based on the announcement provided by Ford, the company’s dealerships would deliver a loaner vehicle to every affected 2013 Ford Escape owner. The dealerships would then transport the affected vehicle to their lots and do the needed repairs. The loaner vehicles provided by the dealerships will then serve as the temporary replacements so as to allow the Ford Escape owners to do their vehicle routines while the needed repairs are conducted.

Ford also stressed out that the needed repair is quite simple and this will most likely take about an hour. However, the company is not sure if the needed components are readily available. Due to this, the car maker continues to encourage their affected customers to file their own reports as soon as possible.

Marty Bay is the Lead Writer and Editor for VPM Automotive. He has researched and reviewed 100s of cars, and writes extensively about car technologies.
Follow Marty Bay on Google+
This entry was posted in Escape, Ford. Bookmark the permalink.