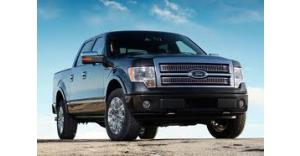 The month of May in 2013 is so far considered as the best month of the year for almost all carmakers since a lot of car buyers decided to purchase many of the vehicle models that they are selling compared to same time last year.

When asked to comment regarding the impressive car sales increase that had happened on the previous month, many car experts agree that the trend was basically brought about by the continuous growth of the construction industry in the US.

Most of the said car experts pointed out that the booming construction industry in US was basically the most significant factor behind the impressive May car sales since the best-selling car model on the said month was the Ford F-Series.

According to Ford’s records, the company’s dealerships were able to successfully sell about 71,604 units of the F-Series and majority of these vehicles are used by the construction firms in their operations.

Aside from that, the car experts’ claim that the sudden increase in the demand for vehicles for the month of May was brought by the booming construction industry in the country was further backed by the data provided by General Motors. Based on their statistics, Chevrolet successfully around 43,283 units of the Silverado last month and this model might also be used by construction firms.

Although such conclusion was true, there are still a lot of car experts who argue that the increase in overall car sales output for the month of May was not only caused by the booming construction industry in the US but also by the increased confidence that the buyers have over carmakers.

The fourth spot of the best-selling car list for the month of May went to the Honda Accord. Honda’s dealerships sold about 33,218 units of the Accord. Finally, the fifth spot of the list went to the Nissan Altima since this posted a total sales output amounting to 31,940 units that were sold.

Marty Bay is the Lead Writer and Editor for VPM Automotive. He has researched and reviewed 100s of cars, and writes extensively about car technologies.
Follow Marty Bay on Google+
This entry was posted in Chevrolet, Ford, Honda, Nissan, Toyota. Bookmark the permalink.