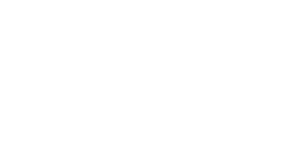 Many car experts have recently found out that most of the best-selling car models in the country only offer a list of decent features but are not exactly exciting as the other vehicles that were not able to make it to the best-selling lists. Due to this, most of these car experts currently recommend that buyers should consider some of the so-called underrated car models on their vehicle options since many of these cars are sold with impressive features that are not usually known.

Based on the latest assessments obtained from different car reviews, several car models such as the Chevrolet Avalanche, Hyundai Genesis, and the Nissan Juke are not considered as bestsellers in their respective segments but these are loaded with features that could be beneficial to most car buyers. Thus, many car experts and automotive journalists are suggesting that car buyers should try to include these on their top vehicle options.

For example, the Chevrolet Avalanche which is a cross between the popular Chevrolet Silverado and Suburban might not be as popular as the two mentioned models earlier but this provides a few exciting features such as the capability to provide a comfortable ride, lighter-duty suspension, and an iconic midgate which is designed to allow the vehicle’s body panel found between the cab and the truck’s bed to easily fold down and store objects that are relatively longer.

Not all buyers also know that the underrated Hyundai Genesis particularly the R-Spec version packs a powerful V8 engine, a tauter suspension, and a luxurious interior that are usually found on more expensive Mercedes Benz models. Given these characteristics, the Hyundai Genesis R-Spec can be considered as a cheaper option for buyers who want to purchase a luxurious and capable vehicle but are not capable of handling the actual cost of buying a Mercedes.

Finally, the Nissan Juke which is not as flashy as any expensive sports car in the market is an underrated new car model that would impress anyone who would be given the chance to seat behind its steering wheel. This is because the Juke is powered by turbocharged engine and features an advanced all-wheel drive system.

Given all of the impressive yet not so popular features found on the new car models mentioned earlier, a lot of car experts recommend that car buyers should try to accomplish the needed research before purchasing their next vehicle since looking upon the so-called underrated models could allow them to save thousands of dollars yet getting the features that they want from a car.