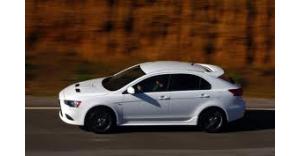 Mitsubishi Motors is set to make its comeback in the US automobile market and this will be marked by the carmaker’s launching of a new midsize sedan and an SUV.

Based on the information obtained from a number of reliable sources, the Japanese carmaker is quite serious in reviving its image as one of the most reliable and largest vehicle producer in the US. However, some of Mitsubishi USA’s key officials believe that the company’s goal to return to the US automobile market is not going to happen overnight. In fact, most of these officials are convinced that what the company is trying to achieve will most likely take a few years to be realized.

But as part of Mitsubishi’s bid to make its comeback into the US automobile market, Masatoshi Hasegawa who is the current executive vice-president of corporate planning for the company’s US division has revealed that Mitsubishi is currently involved in selecting the possible successor for the Mitsubishi Galant that was recently departed. In addition to this Hasegawa has also confirmed that the company is also planning to launch an all-new SUV or crossover car model as the replacement for the outdated Lancer compact.

Unfortunately, a lot of car experts firmly believe that the proposed mid-size sedan and the all-new crossover model that Mitsubishi is planning to launch will not arrive at its dealerships in the earlier parts of 2015. These experts have also stated that launching of the successor of the Lancer will most likely wait for a few more years before this gets realized.

Marty Bay is the Lead Writer and Editor for VPM Automotive. He has researched and reviewed 100s of cars, and writes extensively about car technologies.
Follow Marty Bay on Google+
This entry was posted in Mitsubishi. Bookmark the permalink.