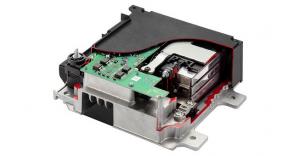 Vehicles with start-stop systems are known for their impressive fuel economy ratings. However, there is still a greater possibility that the fuel consumption of vehicles that are equipped with this type of system could further be improved with the help of the new lithium-ion battery that was developed by Denso, a leading car component producer and supplier in Japan.

Based on Denso’s accounts, the newly-developed lithium-ion battery pack was designed to further improve the fuel consumption of cars with start-stop functions by allowing the system to make use of the regenerative power produced compared to vehicles that are using the conventional single lead-acid batteries.

Since the new lead-acid battery pack developed by Denso stores more regenerative power, this is currently used to supply the electrical charges needed by the vehicle’s electronic components such as the audio and navigation system. Due to this set-up, the power generated by the vehicle’s alternator is decreased thereby decreasing the overall load of the engine as well as its fuel consumption.

Denso has also highlighted that aside from the impressive capability to store and use more regenerative power, the newly-developed lithium-ion battery pack was also lighter and more compact compared to the other batteries that are currently used on other star-stop-equipped vehicles. Due to this, the carmakers that are planning to use the battery pack on their cars could easily install this without the need to worry about the space that might be consumed.

Finally, Denso have also stated that the new lithium-ion battery is equipped with a management unit that was designed to monitor and control the voltage which is stored on the battery cells to protect these from getting discharged and overcharged. In addition to this, the battery pack has a power control switch which ensures that the vehicle’s audio and navigation systems are getting the needed amount of charge while the car is driven.

As of the present, Denso has confirmed that the lithium-ion battery pack that they have developed is presently used on the Suzuki Wagon R. Unfortunately, Denso has refused to mention the names of the other car makers that are planning to use this type of battery.