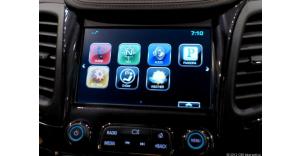 Chevrolet’s next-generation MyLink infotainment system has achieved the Best-of-CES award from CNET in the car tech category at the recently concluded 2013 Consumer Electronics Show that was held in Las Vegas.

Based on the information provided by Chevrolet in a press release dated January 11, 2013, CNET which is considered as one of the most popular tech news provider in the country was impressed with the functions and the layout of the next-generation MyLink infotainment system that the brand would be offered first on the 2014 Chevrolet Impala.

While evaluating the entries for the car technology category, CNET have found out that the smartphone-inspired next-gen version of the MyLink is very easy to use and quite responsive compared to the infotainment systems that were presented by other car makers. Due to this, CNET gave the 2013 Best-of-CES award to the Chevrolet’s newest version of its infotainment system.

Marty Bay is the Lead Writer and Editor for VPM Automotive. He has researched and reviewed 100s of cars, and writes extensively about car technologies.
Follow Marty Bay on Google+
This entry was posted in Chevrolet, Impala. Bookmark the permalink.