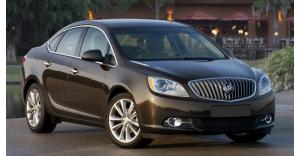 The National Highway Traffic Safety Administration confirmed that the agency has already opened its so-called “recall query” and this involves about 400,000 vehicle units produced by General Motors.

Based on the information provided by the NHTSA, the recall query was opened since the federal regulators want to determine as to whether the recall orders that General Motors has imposed in October 2012 and in January 2013 was enough to resolve or fix the problem that was brought about by a certain defect on the driver airbag modules of affected vehicles or not.

The agency revealed that the recall query involves around 400,000 vehicle units produced and marketed by General Motors since last year including the 2012 Buick Verano, 2012 Chevrolet Cruze, Sonic and the 2012 Chevrolet Camaro.

To quell the rumors that this will most likely lead to another recall order, the National Highway Traffic Safety Administration has explained that imposing such query doesn’t necessarily mean that all of the vehicles involved will be recalled automatically. The agency stressed that the query was intended to evaluate as to how GM has handled the needed repairs. However, the NHTSA might request General Motors to issue another recall in the event that the agency determines that the efforts exerted by the carmaker to correct the issue were not enough.

Aside from confirming that the recall query was already opened, the NHTSA has also assured the public that General Motors currently cooperates with the agency to achieve the best result.

Although the NHTSA has not yet received reports or complaints of crashes and serious injuries caused by the defective driver airbag module, the agency is very much serious in determining and making sure that the two previous recalls ordered by General Motors were enough to fully resolve the issue.

General Motors on the other hand assured its consumers particularly those that were able to purchase the affected vehicles that the two recall orders that the carmaker has imposed last October 2012 and last January 2013 allowed them to conduct the needed investigation and repairs. Thus, the owners of the affected vehicles should not worry about their welfare since the issue has been fully handled and corrected.