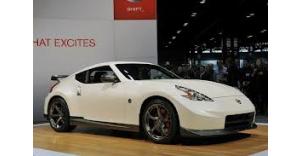 Nissan confirmed that the starting price of the 2014 370Z is relatively lower than that of the previous year’s model.

Nissan made such confirmation when the Japanese carmaker released the latest pricing information of the 2014 Nissan 370Z coupe.

But despite of the price reduction that was implemented on the 370Z models mentioned earlier, Nissan has revealed that the price of the 2014 Nissan 370Z Roadster and the 370Z Nismo have remained unchanged.

Marty Bay is the Lead Writer and Editor for VPM Automotive. He has researched and reviewed 100s of cars, and writes extensively about car technologies.
Follow Marty Bay on Google+
This entry was posted in 370Z, Nissan. Bookmark the permalink.