Nissan Decides to Drop the Altima Coupe for 2014 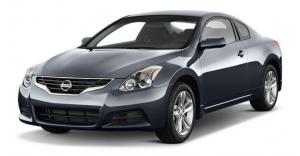 Nissan Americas finally confirmed that the Altima coupe will not be included on the company’s vehicle lineup for 2014 and the said variant will be discontinued.

According to Nissan’s spokesman in the person of Dan Bedore, the decision to kill the Altima coupe in 2014 was brought by the fact that the company views the variant as a very low-volume product. He further added that coupe models in general have always been built with a very limited life cycle. Assuming that Bedore’s last statement was true, such idea might be considered as one of the reason why Nissan gave a green light in killing the Altima coupe.

Given this decision, many car experts believe that Nissan’s move is better compared to the idea of continuing the production of the Altima coupe since according to Bedore the sales output of the coupe is about 3 percent lower than the Altima sedan has achieved so far.

Knowing that the Altima coupe will not surely make it to the 2014 Nissan lineup, many car experts believed that the Japanese carmaker would surely use the 2.5-liter inline 4-cylinder engine which is capable of producing the maximum power output of up to 175 horsepower on the Altima sedan. Such assumptions were recently confirmed since Bedore revealed that the inline 4-cylinder that was used on the Altima coupe will eventually find their way under the hood of the Altima sedan.

Aside from gaining additional 4-cylinder engines, Nissan’s move to discontinue the production of the Altima coupe is also expected to benefit the sedan version since the company’s vehicle developers could spend more time in improving the latter’s features. In addition to that, the decongestion caused by the move is also expected to boost the volume of the Altima sedan in the market as soon as the 2014 model is launched.

As of the present, the Nissan Altima coupe is currently sold as a 2013 model. This is only available in one model which is the Altima Coupe 2.5 S CVT. This is redesigned version of the earliest version and still available in most of the Nissan dealerships all over the US.