Nissan Increases the Price of the 2014 Altima 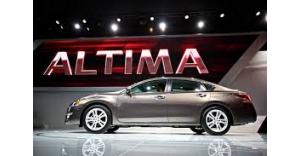 As part of the adjustments implemented on the entire model lineup, Nissan has recently revealed that the company has decided to increase the price of the 2014 version of the Altima.

Based on the information provided by the carmaker, the 2014 Nissan Altima which is currently on sale now has a starting price of $22,650 including the destination charge of $790. The current price of the Altima reflects a $100 increase over the 2013 version which is sold at $22,550 including the same shipping fee.

When asked to comment regarding the increase in price, Nissan stressed that the 2014 Nissan Altima has obtained a few changes that further improved its performance and overall features. Nissan pointed out that with the $100 increase, the new Altima currently features a more enhanced noise isolation system, revised cloth seat and gets the chrome exhaust tips. The carmaker has also justified that the vehicle has received a few changes since the company realized that the upgrades mentioned earlier were quite enough to boost the model’s popularity to the buying public.

But aside from such changes, Nissan has also revealed that the 2014 Altima could also be had with a number of optional packages that would further enhance the vehicle’s overall features. First off, the 2014 Altima could be had with the Sport Value package which requires the buyer to spend an additional $850. This package adds the remote engine start, trunk lid spoiler and the 16-inch aluminum-alloy wheels to the base Altima. This could also be added into the Altima 2.5S.

In addition to that, the 2014 Altima is also sold with the Technology package that costs about $1,090. This package equips the vehicle with additional features such as the NissanConnect with navigation system, blind-spot warning system, lane-departure warning, moving object detection and the NissanConnect apps smartphone integration and SiriusXM Travel Link.

Finally, Nissan has also confirmed that the top-of-the-line 2014 Nissan Altima 3.5 SL CVT will now have a starting price of $31,450 including the shipping charges.

Although Nissan has not provided any hint regarding the company’s plan on the Altima lineup given that the Altima coupe was already discontinued, many car experts currently believe that such event would most likely result to the company’s offering or additional models or engine options on the lineup a few months from now.