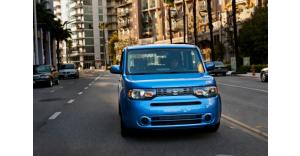 Nissan has recently announced the pricing information of the 2013 Cube and a lot of car experts consider this as one of the car maker’s move to promote the vehicle as well as allow the potential buyers to have the proper knowledge as to how the vehicle would actually cost.

In addition to this, Nissan has also announced that the top-of-the-line 2013 Nissan Cube 1.8 SL CVT is sold at a starting price of $19,650 including the destination charge of $790.

Given these figures, a lot of car experts have started comparing the prices of the 2013 Nissan Cube with that of its closest competitors. Compared to the base model of the Kia Soul which is sold at $15,175 including the shipping charge of $775, the price base Nissan Cube is about $2,375 higher.

Although Nissan has decided not to divulge the features that are offered on the 2013 Nissan Cube, a lot of car experts believe that the new version will still offer the same set of items that its predecessor has provided since the Japanese carmaker has stated that the 2013 version was a carryover of model.

The 2013 Nissan Cube has already went on sale and currently available on some of the company’s dealerships nationwide.

Marty Bay is the Lead Writer and Editor for VPM Automotive. He has researched and reviewed 100s of cars, and writes extensively about car technologies.
Follow Marty Bay on Google+
This entry was posted in Cube, Nissan. Bookmark the permalink.