Price of the 2014 Honda Accord Hiked 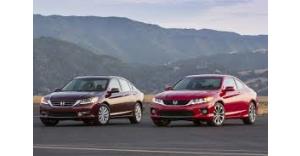 Honda has recently announced that the 2014 version of the Accord both the sedan and the coupe models will be sold in prices that are $275 higher compared to their predecessors.

According to the Japanese carmaker, the 2014 Honda Accord sedan when released on the market on August 22, 2013 will have a starting price of $22, 745 including the destination charge of $790.

Prior to the announcement of these figures, Honda has previously announced the starting cost of the 2014 Honda Accord Plug-in Hybrid which is around $40,570 including the destination charge. Unfortunately, Honda refused to divulge the starting price of the 2014 Honda Accord Hybrid. However, the Japanese carmaker assured the buying public that the price of the upcoming Honda Accord Hybrid will surely be announced closer to the date when the vehicle is set to hit the market.

Given the $275 increase in the prices of the 2014 Honda Accord coupe and sedan, many car buyers and even the experts were wondering as to why the carmaker has implemented such hike. Fortunately, Honda was quick to respond that such increase were basically triggered by a number of factors and one of these was the series of upgrades that were implemented on the two Accord variants such as the use of the premium fabric on the seat of the LX model sedan.

The 2014 Honda Accord coupe on the other hand faces a dwindling competition given that the Nissan Altima coupe was discontinued and so is the Toyota Camry Solara.

Marty Bay is the Lead Writer and Editor for VPM Automotive. He has researched and reviewed 100s of cars, and writes extensively about car technologies.
Follow Marty Bay on Google+
This entry was posted in Accord, Honda. Bookmark the permalink.