Prices and Specs of the 2014 Acura TL Revealed 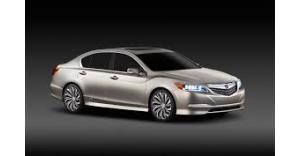 The price and specs of the 2014 Acura TL were finally revealed to the public.

Based on the information obtained from a number of reliable sources, the base model of the 2014 Acura TL will be sold at a starting price of $36,030. By spending this particular amount according to such sources, any buyer is given the chance to own a 2014 Acura TL which is equipped with standard features such as the 10-way power seat for the driver that features an 8-way power adjustment and 2-way lumbar support. In addition to that, the base model of the 2014 Acura TL comes with an 8-way power seat for the passenger seat, an upgraded audio system with Bluetooth and the steering wheel-mounted audio controls.

For buyers who are interested of having a base Acura TL with additional features, there is the Special edition package-equipped model which is equipped with added items such as the 10-spoke and 18-inch alloy wheels, Special Edition badging and the color-matched decklid spoiler. However, opting for the model which is equipped with the said package would require the buyer to spend extra amount since this is sold at a starting price of $37,530.

Aside from the base model, potential buyers of the 2014 Acura TL is also given the option to go for the SH-AWD model which is equipped with either the close-shift 6-speed manual transmission or the Sequential SportShift 6-speed automatic transmission. This model however is sold at a starting price of $39,580.

Aside from revealing the prices of the 2014 version of the TL, Acura has also explained that the vehicle is available with two engine options. The front-wheel drive models according to Acura is powered by a 3.5-liter V6 engine which is capable of producing a maximum power output of up to 280 horsepower and 254 lb.-ft. of torque. The SH-AWD version on the other hand comes with a 3.7-liter V6 engine that generates up to 305 horsepower and 273 lb.-ft. of torque.

Acura also stressed that aside from the powerful engine options, the 2014 version of the TL was also recognized by the Insurance Institute for Highway Safety Administration as one of its Top Safety Pick.

Marty Bay is the Lead Writer and Editor for VPM Automotive. He has researched and reviewed 100s of cars, and writes extensively about car technologies.
Follow Marty Bay on Google+
This entry was posted in Acura. Bookmark the permalink.