Pricing and MPG Ratings of the 2014 Chevrolet Malibu Released 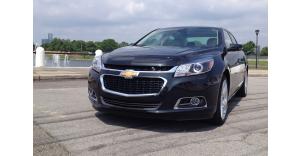 Chevrolet has recently announced the latest pricing information as well as the MPG ratings of the 2014 Malibu despite of the fact that the vehicle was not yet released into the market.

Based on the information provided by the carmaker, the price of the 2014 Chevrolet Malibu will start at $22,805 including the destination charge of $825. Compared to the cost of buying the previous year’s version which is about $22,805 including the destination charge of $810, the current price of the upcoming Impala reflects an increase of about $160.

When asked for a comment regarding the mild increase, Chevrolet explained that this was brought about by the series of upgrades that were implemented on the upcoming version of the Malibu. Chevrolet has also pointed that the 2014 Malibu has also received a number of additional features that were not offered on the outgoing model. In addition to that, the 2014 Chevrolet Malibu is also powered by a new 2.5-liter 4-cylinder engine which is equipped with the new stop-start technology and a new intake valve technology.

The stop-start technology according to Chevrolet is considered as a useful feature of the upcoming version of the Malibu. This is because the technology helps in conserving fuel by automatically shutting the engine off when the vehicle stops in conditions such as when stopping on stoplights. The carmaker also boasted that the Malibu was the first-ever midsize sedan model in the US to offer such technology as a standard feature of a base model.

Aside from revealing the price of the base model, Chevrolet has also announced that the top-of-the-line trim of the 2014 Malibu which is LTX will be sold at a starting price of $28,515 including the same destination charge.