Home > Car Advice > BMW > Production of the BMW i3 Starts

Production of the BMW i3 Starts 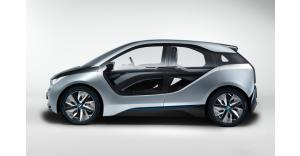 BMW confirmed that the production of the company’s first-ever electric car has started in one of its assembling plants which is located in Leipzig, Germany.

According to some reliable sources, the production of the BMW i3 has actually started and it was also confirmed that the German carmaker plans to use the first regular-production version of the vehicle on September 29, 2013 to act as the lead car of the 2013 International Berlin Marathon.

The same set of sources also reported that the start of the production of the BMW i3 does not only demonstrate the carmaker’s triumph in developing a vehicle which is purely driven by electricity but also a way of showcasing that the Leipzig facility is one of the greenest factory in the whole world.

The sources stressed that the resumption of the production of the i3 in Leipzig also marks the first use of the so-called carbon-fiber-reinforced plastic or CFRP in automotive volume production. This is because BMW will most likely use more CFRB in the i3 as well as in the other “i” models that the carmaker would be producing soon.

Upon hearing this news, many car experts agreed with the sources’ claims since BMW has previously revealed that the body structure of the i3 is entirely made of this lightweight yet durable material. By using CFRP in the i3’s body structure BMW’s personnel were able to reduce the vehicle’s overall weight despite of the fact that this will be equipped with heavy battery packs that would drive the car’s electric drive system.

Prior to the start of the production of the i3, it was known that BMW has invested around 400 million Euros on the Leipzig plant. With such investment, the plant was able to obtain new machineries and structures that the German carmaker could use in producing its current and upcoming “i” models. In addition to that, the investment was also responsible for creating up to 800 new jobs.

Finally, the sources explained that aside from the Leipzig factory, BMW will also be opening several facilities that would handle the company’s production of its “i” models such as in Moses Lake in the US, Landshut, Dingolfing and Wackersdorf