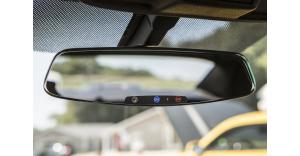 General Motors confirmed that its engineers and technology developers are currently updating the OnStar telematics systems that the company would be using in all of its vehicles that bear the 2013 model year.

Based on the information obtained from General Motors, the company’s personnel who are involved in updating the OnStar has switched the names as well as the icons of two of the three OnStar buttons. General Motors has also stressed out that the switching of the names and icons on the OnStar buttons were not only implemented to make these look attractive but also to allow its users to realize as well as appreciate the functions that each of the buttons provides.

The change on the name and icon was implemented since pressing this particular button actually performs a lot of functions such as allowing the driver to gain access to information regarding the weather, traffic conditions, and prices of stocks and not just for hands-free calling only.

In addition to this, the updates conducted have also improved the Voice Command button’s integration to the other infotainment systems used by the company such as the Cadillac CUE, GMC/Buick IntelliLink, and, Chevrolet MyLink.

Aside from the changes that were implemented on OnStar’s Hands-free Calling button, the company’s vehicle technology developers have also tweaked the system’s emergency button by replacing the image of a white cross which is embedded inside a red circle with the “SOS” symbol. General Motors decided to change the image since the “SOS” icon is globally known as a symbol for emergency while the previous icon may not denote such in some countries. Such change was also implemented since OnStar will be offered in some other countries this year.

Although the frameless mirror where the OnStar buttons are found is only offered in the 2013 Chevrolet Camaro, General Motors hinted that this might also be used on the other models and makes that the company would be producing in the near future.