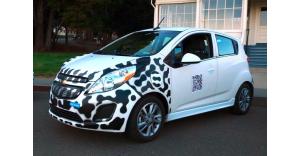 General Motors has recently confirmed that the 2014 Spark EV is set to establish a benchmark the existing and upcoming electric vehicle models as soon as it hits the company’s dealerships in California by next summer by providing more power, longer driving range, and fast-charging capability.

Based on the information revealed by a press release published by Chevrolet last November 15, 2012, the Spark EV is expected to emerge as one of the quickest models in the segment where it belongs. The brand has also stressed out that the Spark EV’s impressive running performance was brought about by its oil-cooled permanent magnet motor which is capable of generating up to 130 horsepower and about 400 lb.-ft. of torque. In addition to this, Chevrolet has also take pride in claiming that based on the tests conducted, the Spark EV was able to accelerate from 0 to 60 miles per hour in less than 8 seconds.

When asked to comment about the vehicle’s impressive running performance, Spark EV’s Chief Engineer Chuck Russell was quoted saying that when their team started developing the vehicle’s propulsion system, they already realized that there is a great need for them to develop something that would make the enable the Spark EV to provide a fun-to-drive acceleration with utmost efficiency. Due to this realization, they were able to come up with something that allows the vehicle to generate seamless power without the need to become inefficient.

Aside from the impressive acceleration, Chevrolet has also hinted that the Spark EV will most likely set a new standard in terms of charging time since the vehicle’s battery pack was designed to store about 80% of its maximum charging capacity in about 20 minutes particularly when charged using the appropriate charging unit.