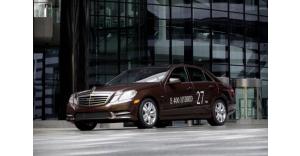 Mercedes Benz has finally revealed the starting price of the 2013 E400 Hybrid. This revelation came a few months after the 2013 Mercedes Benz E400 Hybrid has made its official debut at the 2012 Detroit Auto Show.

Many car experts also considers this revelation as one of the German car makers ways of allowing the potential buyers of the vehicle to prepare the needed budget for the vehicle purchase in the event that they are interested in purchasing an E400 hybrid.

Due to the price difference between the E400 Hybrid and the ActiveHybrid5 or the GS 450h most of the car experts are quite convinced that most of the luxury car buyers will most likely go for the E400 since doing this would provide them with larger savings without the need to settle for a low profile luxury car.

With its current starting price, the 2013 Mercedes Benz E400 Hybrid could still be considered as a good buy since this is powered by an electric motor which is mated to a 3.5-liter V-6 engine that runs on gasoline. The electric motor and the V-6 engine allow the vehicle to generate a maximum power output of up to 302 horsepower and 273 lb.-ft. of torque.

Marty Bay is the Lead Writer and Editor for VPM Automotive. He has researched and reviewed 100s of cars, and writes extensively about car technologies.
Follow Marty Bay on Google+
This entry was posted in E-Class, Hybrid & Electric Car Facts, Mercedes-Benz. Bookmark the permalink.