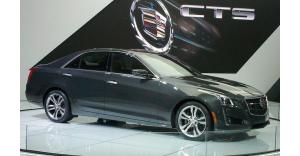 General Motors finally revealed the starting price of the 2014 Cadillac CTS sedan, the luxury car that was intended to move upmarket in terms of price and size when the vehicle goes on sale this fall.

When asked to comment regarding the increase in, General Motors proudly announced that the current version of the CTS sedan has become more expensive since this is no longer considered as an entry-level model but rather a squarely version of the CTS nameplate in the entire mid-size luxury sedan segment. Compared to its predecessor, the 2014 version of the Cadillac CTS has become lighter by about 244 pounds, longer by about 5 inches and offers more interior room.

But despite of the increase in the starting price of the 2014 Cadillac CTS, it was found out that the current cost of purchasing this luxury sedan is still lower most especially when compared to the cost incurred when a buyer decides to buy the two of its closest rivals which is the 2013 BMW 528i and the 2013 Mercedes-Benz E350.

Aside from revealing the starting price of the 2014 Cadillac CTS, General Motors has also announced the pricing information of the other CTS variant which is the 2014 CTS Vsport. The US carmaker confirmed that the price of the 2014 Cadillac CTS Vsport starts at $59,995 including the destination charge of $925. The CTS Vsport is considered as the most potent version of the CTS sedan and is powered by 3.6-liter twin turbocharged V6 engine which is rated at 420 horsepower.