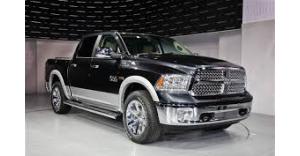 As the month of May ended, most car makers already came up with their own statistics thereby allowing the US automobile market to identify the so-called May car sales leaders and losers.

The latest statistics revealed that the 2013 Nissan Altima, Ford F-Series pickup trucks and the 2013 Ram 1500 emerged as the most in-demand models for the month of May.

Just like Nissan, Ford has also revealed that its total sales output for the month of May has also increased by 14 percent. The US carmaker has also reported that such increase was basically triggered by the increase in demand for the Ford F-Series pickup trucks. By the end of the previous month, Ford’s dealerships successfully disposed a lot of F-Series pickups thereby allowing the model to post a 31 percent increase.

When asked to provide an explanation regarding the sudden increase in the demand for the F-Series trucks, Ford’s vice president of US marketing, sales and service pointed out that the trend was probably brought about by the pent-up demand and the continuous construction growth in the US.

Aside from Ford and Nissan, Ram Truck brand’s sales output in the month of May has also increased by 24 percent.

Marty Bay is the Lead Writer and Editor for VPM Automotive. He has researched and reviewed 100s of cars, and writes extensively about car technologies.
Follow Marty Bay on Google+
This entry was posted in Ford, Nissan, Ram. Bookmark the permalink.