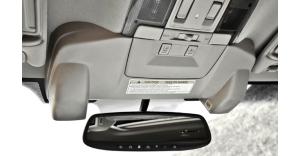 Subaru announced that the new EyeSight system that the company would be using in its upcoming car models has been upgraded and such improvements were meant to make the system more helpful than the way it was before.

Subaru explained that the previous version of the EyeSight system that was launched as the company’s low-cost suite of technologies that were designed to provide driver assistance in models such as the 2013 Subaru Legacy, Outback and the Forrester was actually a stereoscopic camera-based system. This system enables the EyeSight-equipped vehicle to handle several operations such as the adaptive cruise control, collision warning and pre-collision braking. However, Subaru revealed that the first version of the system has a limited operating range and not as responsive compared to the radar-based and sonar-based systems used in other pricier car models.

Due to the said weaknesses, Subaru upgraded the system and this move eventually led to a number of improvements on the performance of the current version of the EyeSight system. In lieu of explaining how the current system works, the carmaker explained that one of the improvements that EyeSight has obtained was the capability to see color.

Unlike the first version, the cameras used on the new EyeSight system could now capture images in colored form. This improvement according to Subaru has boosted the system’s responsiveness by about 40 percent and the camera’s viewing distance and angle were also enhanced. In addition to that, the addition of color to the current version of the EyeSight enabled it to perform the automatic pre-collision braking and pre-collision brake assist faster than before.

Such improvement also allowed the system to recognize brake lights and traffic signals. Thus, the system has become more responsive and efficient.

Aside from that, Subaru has also revealed that the new version of the Eyesight also includes the new Active Lane Keep System that allows it to automatically steer the vehicle within the designated lane. But despite of such improvements, many car experts were still not fully impressed as to how the EyeSight was upgraded since the cameras used on the vehicle which is equipped by the system could still remain useless during severe weather conditions or in the event that the vehicle’s windshield becomes dirty.