Subaru Reveals the Prices of the 2014 WRX and WRX STI 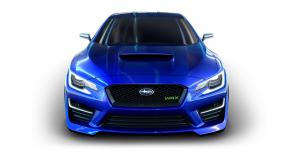 Subaru of America has finally revealed the starting prices of the two of its iconic sport models which is the WRX and the WRX STI.

Based on the information provided by Subaru of America in a press release, the 2014 Subaru WRX will be sold at a starting MSRP of $25,995. With this price, Subaru took pride in stating that the latest version of the WRX is offering more power compared to some of its closest all-wheel drive rivals which is the Volkswagen GTI and the Ford Focus ST.

Subaru also explained that the 2014 version of the WRX is propelled by a 2.5-liter turbocharged and intercooled 4-cylinder Boxer engine. This is capable of producing a maximum power output of up to 265 horsepower and 244 pound-feet of torque. The engine is exclusively mated to a 5-speed manual transmission and connected to Subaru’s own Symmetrical All-Wheel Drive.

Aside from the impressive torque and power output, Subaru assured the buying public that the WRX could be considered as a good choice since this also comes with 17-inch alloy wheels, a sport-tuned suspension, 6-speaker sound system with AM/FM stereo and CD player, iPod control and Bluetooth audio streaming and hands-free phone connectivity.

Subaru also stressed that the said MSRP is valid for the five-door and the four-door sedan model. With this arrangement, Subaru actually gives its potential owners with an option to choose from the two variants of the WRX. The carmaker however hinted that buyers who are after for more comfortable features could go for the 2014 Subaru WRX Premium which is sold with an MSRP of $28,495 and equipped with foglights, body-color trunk spoiler (for the sedan) and a power moonroof.

On the same press release, Subaru has also revealed that the 2014 Subaru WRX STI will also hit the dealership with a starting MSRP of $36,495. By spending a budget just below the $37,000 mark, any buyer is given a chance to own a high-performance Subaru car which is powered by a turbocharged/intercooled boxer engine which is capable of producing up to 350 horsepower.

The STI also comes with high-performance features such as the Brembo Performance Brake System, Subaru Intelligent Drive or SI-Drive and the Multi-Mode Vehicle Dynamics Control system that are responsible for making the vehicle provide the expected driving performance.