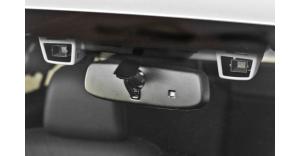 Subaru’s announcement that the car maker would be offering its “EyeSight Collision-Avoidance Technology” on the refreshed version of the 2013 Subaru Outback and Legacy sedan has captured a significant amount of attention from the attendees of the 2012 New York Auto Show.

This is because EyeSight which is a camera-based technology that provides the driver with the needed assistance in avoiding and preventing the occurrence of collision while driving tends to promise a number of impressive features that would further enhance the safety aspects of the 2013 Subaru Legacy sedan and the Outback.

Based on the information obtained from Subaru, EyeSight makes use of a pair of forward-facing camera which is mounted on both sides of the Legacy or Outback’s rearview mirror. These cameras are directly connected to the vehicle’s brakes as well as its throttles.

The main functions of these cameras are to scan the road ahead of the vehicle at a distance of about 87 yards, provide the driver with the needed warning when the system senses that a possible collision is imminent, and perform the needed crash-avoidance measures.

Aside from that, Subaru has also revealed that EyeSight is also equipped with an advanced lane-departure warning system that helps the driver in maintaining the vehicle’s appropriate position within its lane. The system does this by monitoring the lane markings on the road. In the event that the system sees that the vehicle is departing from its lane, this would provide a warning that will allow the driver to correct the vehicle’s position on the road and prevent a possible collision from happening.

Finally, Subaru also took pride in stressing that EyeSight is offering the throttle-management and collision-avoidance functions that could significantly increase the Legacy and the Outback’s capability to avoid or even prevent the occurrence of collision.

The throttle-management feature functions by automatically reducing the amount of power that the vehicle’s engine is producing in the event of a near-collision scenario. Thus, the driver could easily step on the brakes or steer the vehicle to a safer position. The collision-avoidance function on the other hand allows the vehicle’s adaptive cruise control to bring the car to a full stop from a maximum speed of 87 miles per hour when the system senses that a collision is about to occur and prevent it from moving forward unless the driver steps on the accelerator.