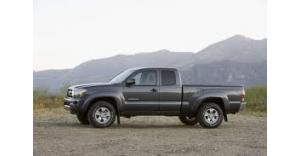 Toyota is once again confronted by another recall issue and this involves around 342,000 units of the Toyota Tacoma.

Based on the information obtained from Toyota, the recall order that the company has issued was basically triggered by the potential defect that was recently found out on the seatbelts of the affected vehicles.

The carmaker explained that some of its personnel have recently discovered that the screws used to attach the seatbelt pre-tensioner to the retractor of the seatbelt inside the assembly line might eventually loose due to regular use particularly due to forceful and repeated closing of the vehicle’s access door.

Although the automaker did not reveal the possible outcomes of this defect, many car experts believe that the defect might expose the vehicle occupants to greater risks in the event of accident or collision.

Given the nature of the defect, Toyota did its own investigation of the matter and the company has estimated that the problem would most likely affect about 342,000 units of the Toyota Tacoma that were produced from 2004 to 2011.

Unfortunately, Toyota refused to reveal the specified date as to when the recall would formally start. The carmaker also did not elaborate the actual plan as to how the needed repairs would be conducted as well as how they would contact the owners of the affected vehicles.

The National Highway Traffic Safety Administration which is the agency that was tasked to oversee all of the vehicle recalls that are implemented all over the US has also been silent. The agency’s website still has no postings regarding this issue.

Due to the NHTSA and Toyota’s failure to provide the needed information that would inform the owners of the affected Tacoma, many car experts encouraged these owners to patiently wait for the notice or any advisory from Toyota. These experts also hinted that upcoming notices would surely instruct them to take their vehicles to the nearest Toyota dealership and they should be ready for this.

Marty Bay is the Lead Writer and Editor for VPM Automotive. He has researched and reviewed 100s of cars, and writes extensively about car technologies.
Follow Marty Bay on Google+
This entry was posted in Tacoma, Toyota. Bookmark the permalink.