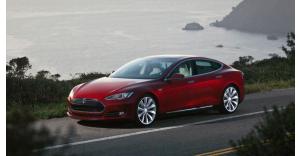 Tesla Motors has confirmed that the EV maker is currently talking with Google regarding the installation of self-driving technology on the vehicles that the carmaker is producing.

The confirmation came after Tesla Motors CEO Elon Musk made a revelation on Bloomberg that his company presently confers with Google about the installation of the latter’s self-driving technology on Tesla cars.

Given this confirmation, a lot of car experts agreed that in case Google agrees to team up with the EV maker, there is a great possibility that Tesla would be able to gain the lead in the competition that was brought about by the race towards autonomous vehicle development.

Musk was even quoted saying that Tesla had a number of technical conversations with Google. These involved the discussion regarding the Lidar laser tracking component that Google has been using in its autonomous vehicle system. However, Musk has explained that the idea of obtaining such component from Google might not be possible for Tesla due to the prohibitive costs.

Musk has even continued saying that Tesla is having problems in negotiating with Google since the latter’s sensor system is sold in a relatively expensive price.