Toyota Increased the Price of the 2013 Prius C 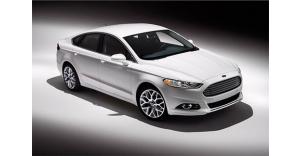 Toyota has recently confirmed that the company has implemented an increase in the price of the 2013 Toyota Prius C.

Due to the increase in price, the 2013 Toyota Prius C still remains as the more expensive model compared to the two of its key competitors which is the 2013 Ford Fiesta SE hatchback and the 2013 Honda Insight.

Toyota has also hinted that the $130 increase on the Prices of the models included on the 2013 Toyota Prius C lineup was caused by the improvements implemented by the company. Toyota has recently upgraded the Prius C’s interior design to make this look better compared to its predecessor. Aside from that, Toyota has equipped the Prius C Four with the SofTex-trimmed steering wheel, while Two and Three models are now equipped with the black dash panel also from SofTex.

A lot of car experts believe that that the increase on the price of the 2013 Toyota Prius C was only a part of the series of price hikes that the company is planning to implement in some of its car models in the market.