Toyota Took the Lead in Number of Vehicles Recalled in 2012 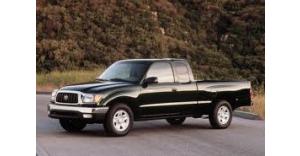 The National Highway Traffic Safety Administration or NHTSA has recently revealed that Toyota was able to recall more vehicles compared to the other carmakers in the US by the end of 2012.
Based on the information provided by the National Highway Traffic Safety Administration, Toyota recalled a total of 5,330,643 units of vehicles in the US for the entire 2012. All of these vehicles were not recalled all at once but the figure provided earlier reflects the total number of units that were recalled when Toyota issued 12 recall orders.

The NHTSA has also hinted that Toyota reached the total number of vehicles recalled that was provided above since the carmaker was confronted by a lot of issues which eventually triggered the company to order its dealerships to recall some of the car models that were already sold to the consumers.

In addition to this, the total number of recalled vehicles that Toyota has obtained for 2012 has zoomed-up since the Japanese car manufacturer ordered two recalls in November 2012 or a month before the year ended. First-off, Toyota ordered its dealerships to about 670,000 units of 2004-2009 Toyota Prius due to water pump and steering problems. The recall was issued to allow the company and its dealers to fix or replace the defective parts of the affected vehicles.

On that same month still, Toyota has once again ordered its dealerships to recall about 150,000 units of 2001-2004 Toyota Tacoma trucks due to reports that its spare tire might get detached from the vehicle and cause injuries or accidents.

But aside from revealing the total number of vehicles that were recalled by every car maker in the US in 2012, the NHTSA has also explained that the these figures directly affects the reliability of the vehicles produced by the automakers since there are a lot of factors that were taken into consideration before issuing a recall order. The agency has also pointed out that a recall might also be triggered by factors such as the introduction of an all-new technology on a particular car model or the implementation of several upgrades that would boost the vehicle’s performance.