Unchanged SUV Models that GM would be Offering for 2014 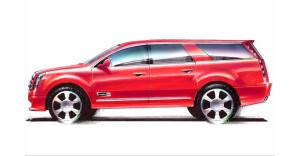 General Motors has finally confirmed that most of its 2014 SUV models will return to the market almost unchanged.

According to a number of reliable sources, General Motors has hinted that the major redesigns that most of its consumers are expecting will most likely be realized on the 2015 models of the carmaker’s full-size SUVs. However, General Motors revealed that some of the full-size SUVs that the company would be selling with the 2014 models attached to these will obtain a number of minor changes.

For 2014, the Chevrolet Suburban and the Tahoe will return to the market with few changes such as the availability of remote start feature, adjustable power pedals and a backup camera which is integrated into the rearview mirrors of the LT and LS models. In addition to this, the Suburban and Tahoe models will also be offered with the Concord Metallic paint scheme.

Just like the Chevy Suburban and the Tahoe, the GMC Yukon and Yukon XL will also obtain the backup camera, power adjustable pedals and remote start as standard features.

Marty Bay is the Lead Writer and Editor for VPM Automotive. He has researched and reviewed 100s of cars, and writes extensively about car technologies.
Follow Marty Bay on Google+
This entry was posted in Cadillac, Chevrolet, GMC. Bookmark the permalink.